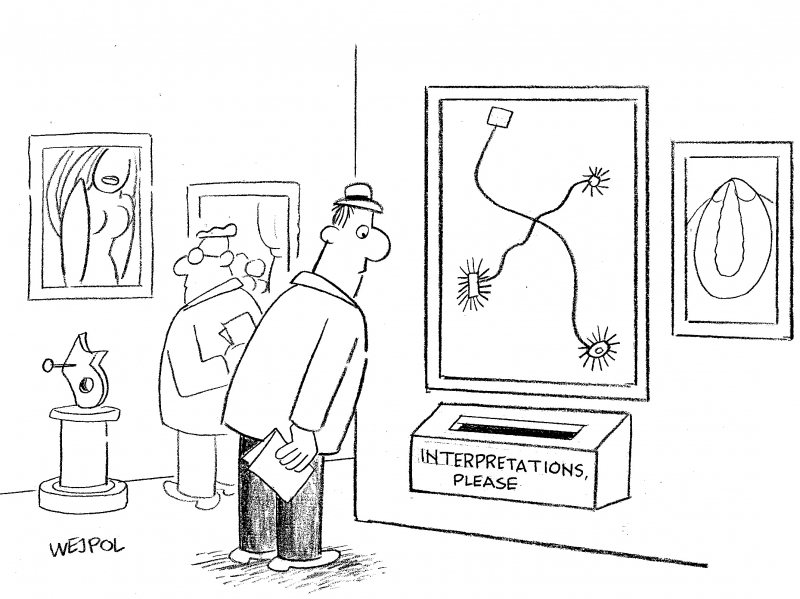 When I was young and eager to make use of my newly acquired design skills, I searched for freelance gigs online. I thought highly of my skills, and got annoyed by the low prices some companies were offering for design work.

One particular low-ball offer offended me so much that, in an act of vigilance, I sent the company an email to teach them a lesson. Among other things, I ridiculed them for thinking they could get an “aesthetically pleasing website” design for so little money.

Their response surprised me. My young and wishful mind expected them to admit that yes, they are being unfair, and they did not realize how much work was involved in designing a site, and they are sorry. Instead, they said:

“I don’t give a shit about my site being ‘aesthetically pleasing’… I have a business to run.”

A social psychologist would say the younger me lacked a skill called perspective taking. It’s the ability to understand another person’s goals and frame of mind during social interactions, especially in negotiations and business communication.

Many designers talk to businesses from a designer’s perspective. This results in lost contracts, poor communication, and feeling as though design is unappreciated by the client. It turns out that by learning to take a business perspective, designers can win more contracts, earn more from their work, and be more valued.

Between two equally skilled designers, the one who doesn’t speak like a designer will get the contract.

Most business decisions revolve around value. Options are considered based on the value they detract and the value they add. When value can be calculated with basic arithmetic, such as choosing a credit card processor, life is easy.

However, things aren’t always so simple. Not everything is tied to a known cost or income. Running a business involves the challenge of judging the value of things that don’t immediately translate to cost or revenue. There also isn’t enough time to evaluate every possibility.

For a business evaluating potential design projects, the challenge is to understand the potential value of each option. This is especially difficult when candidate designers describe themselves with words that are far-removed from actual business value.

What is the value of “beautiful,” or “clean,” or “delightful”? These are difficult questions, and yet this is what designers expect businesses to figure out when they send proposals and portfolios laden with such words.

Decisions are made in favor of the candidate whose value is obvious, not necessarily greater.

It may perplex designers that the language they use to describe their highest values, their biggest dreams, their lifelong interests, may hold no value whatsoever to another person. It even enrages some designers so much that they write about how clueless and short-sighted companies. Other designers feel the need to educate the company; to help them understand the designers’ perspective.

The savvy designer doesn’t loathe the client’s perspective–they take it.

The designer’s perspective can be avoided by limiting use of words such as:

(While these terms carry a lot of meaning among designers, they do not translate to value for a business. In many cases, this language is complete nonsense and fluff in the eyes of the company’s decision maker..)

Instead, they can be replaced with words that carry clear and concise meaning to businesses:

For example, instead of proposing to make a website delightful and intuitive, a designer can take the business perspective by rephrasing that proposal to make a website convert more users and increase return visits.

Both proposals may involve the exact same work and approach, but only one makes its value clear.

I recently helped a startup evaluate two designers. The tale of these two designers serves as an example of why it’s easier for a business to hire the designer that doesn’t speak like one.

The first thing I did was look at the portfolio of each designer.

The first designer, whom I will call Doug, used flowery descriptions of his work throughout his site. There were words like “great,” “sharp”, “ideal,” “progressive,” and “responsive.”

The site of the second designer, whom I’ll call Peter, took the perspective of his target audience: startups. He used words like “convert,” “customers,” and “engagement” throughout the portfolio.

Both portfolios looked good, but good-looking design isn’t a business objective. I came away with the feeling that Peter would understand our challenge, and that he would be capable of solving it using design. On the other hand, Doug’s website did nothing to signal whether or not his skills would add any value.

The next step was to assign a quick test project to both designers.

Doug designed a nice page, which very much followed the current trends of startup site designs. The subsequent review focused primarily around how the design conforms to current trends and best practices.

Pete didn’t finish his design, but instead produced a pencil sketch of the page, along with several rough sketches to show how the idea formed. The sketches included comments about why a particular section would be useful to visitors, how a certain element on the homepage would help instill trust, why another element would help convert more users, and so on.

At a superficial level, the design ideas of both candidates were of similar quality. However, since Doug was communicating like a designer, it wasn’t clear whether his work would bring any more valuable than the current design. As for Peter, it was obvious that his work will aim to add value to the company.

My suggestion, unsurprisingly, went in favor of Peter. And it had nothing to do with trends, jquery tricks, or philosophies about delighting users. All he had to do was not talk like a designer.